Skip to main content
We're open! Read about how we're responding to COVID-19 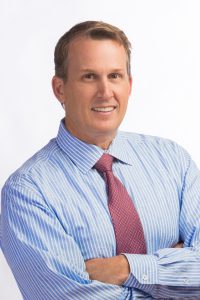 Dr. Robert Bosworth specializes in comprehensive tooth replacement systems and works closely with all of our dental specialists to coordinate complex restorations and rehabilitations. He earned his Dental Surgery degree from the University of Texas Health Sciences Center in San Antonio. As a commissioned officer in the US Navy, he completed a General Practice Residency at the National Naval Medical Center in Bethesda, Maryland. In 1999, he began his residency at the Navy Postgraduate School of Dentistry in Bethesda, Maryland. This rigorous three-year residency included all aspects of prosthodontics, including complete and partial dentures, crowns, bridges, dental implants, and dental laboratory sciences. He completed his residency in 2002, earning a Master’s degree in Health Sciences from George Washington University, D.C., and his certificate in prosthodontics. Dr. Bosworth served 12 years in the Navy, including an independent sea tour on a US Navy warship, two years in Japan, and two years with the First Marines. Dr. Bosworth’s last tour with the Navy was at the world’s largest naval base in Norfolk, Virginia, where he served as head of the department, chairman of the implant board, and instructor for the advanced education in general dentistry residency.

Dr. Bosworth is a member of the American College of Prosthodontics, the Academy of Osseointegration (the leading dental implant organization worldwide), and the American Dental Association. He is also a graduate of the California Implant Institute in La Jolla, California.

Dr. Bosworth and his wife, Emily, have three children. They enjoy sailing, hiking, biking, and the beautiful San Diego beaches.